Ruwitch is no stranger to the business world. He grew up in an entrepreneurial family who continuously owned several businesses. In the late 1980s, Ruwitch’s father purchased Dow Screw Products, a company manufacturing precision-machined parts. Tragically, a few months after the acquisition, Ruwitch’s father passed away. Ruwitch willingly stepped up and ran the business for nearly three decades, growing it from a $2 million business to a booming business worth over $15 million.

During those years, Ruwitch realized he needed to take the business to another level by partnering with world-class companies such as Emerson and Parker Hannifin. He also grew the company internationally by owning and operating factories overseas. In 2019, Ruwitch says, several things came together to make it the perfect time to sell Dow and since then, he has been looking for the next business to develop and grow for the next chapter of his career.

“Coming out of Dow, I wanted to work with private equity firms. I did the research and talked with several types of businesses in various industries. The one thing I knew for certain was that I did not want a franchise,” laughed Ruwitch.

“But, somehow in my research of businesses, I stumbled across NuVinAir and I heard about their emerging relationships with rental car companies. I thought to myself, ‘I am looking at a company that has a product that is changing the way an entire industry is doing business. They have a product line that absolutely no one else has out there.’ So, I reached out and started a conversation with the CEO, Kyle Bailey,” he said.

Ruwitch is not one who misses his homework. For seven months he did a deep dive into what the NuVinAir product does, the company’s viability, and what people like about the product suite.

“I talked to customers and distributors and to other franchise owners and they all said the same thing: ‘There is nothing like NuVinAir.’ I also did extensive testing with friends and local dealerships. I ran the numbers and realized the opportunities are endless because there are so many markets this product line can be used in to make a difference,” said Ruwitch.

Ruwitch considers himself very much a planner. His plan is going to focus on service centers. With the emergence of electric vehicles, he foresees a shift in offerings for that service industry.

“The drivetrain in an Internal Combustion Engine (ICE) vehicle contains 2,000+ moving parts typically, whereas the drivetrain in an Electric Vehicle (EV) contains around 20, which means 50 percent of repairs will be eliminated from the service lane. So, what will they offer to replace those repairs? Will it be car washes? Battery replacements? What can service lanes offer that provides a high value and a great rate of return for the product as well?

“That answer is NuVinAir. NuVinAir’s Total Health Suite has the only odor product that can be administered in a time-efficient manner. NuVinAir Global delivers a ‘Total Health’ product line that uses sanitization science and a patented cleaning process to dealerships, rental car companies, and other automotive businesses. I really believe it will be the answer to the service lane industry’s upcoming challenges,” said Ruwitch.

When asked about his plans to launch the franchise, Ruwitch compares himself to a bull in a pen, rearing to get out into the rodeo ring.

“I enjoy getting out, meeting people, and sharing the story about NuVinAir. I have already sold the product to a dealership in St. Louis. When I demoed them, the guys at the dealership took their worst car from an employee who is a major smoker to do the treatment,” he said. “Their fixed operations manager said he wouldn’t even get in the car because of the smell. We did a ReStore treatment and 15 minutes later, they called everyone in the dealership to come and sniff and see if they could smell any smoke. They couldn’t.”

Preparing for a Major Milestone

Ruwitch is married to his wife, Kay, and they soon will be celebrating their 30th anniversary. They have three children, William, Tucker and Dotsy, who are in their twenties and tackling life with the same enthusiasm as their parents.

When he isn’t fulfilling bucket list trips and adventures, Ruwitch says he is an avid Cardinal baseball fan and competes as a chef in BBQ competitions.

“After the craziness of 2020, I can’t wait to return to cheer my Cardinals on to a winning season. I plan on being there next week,” he said. 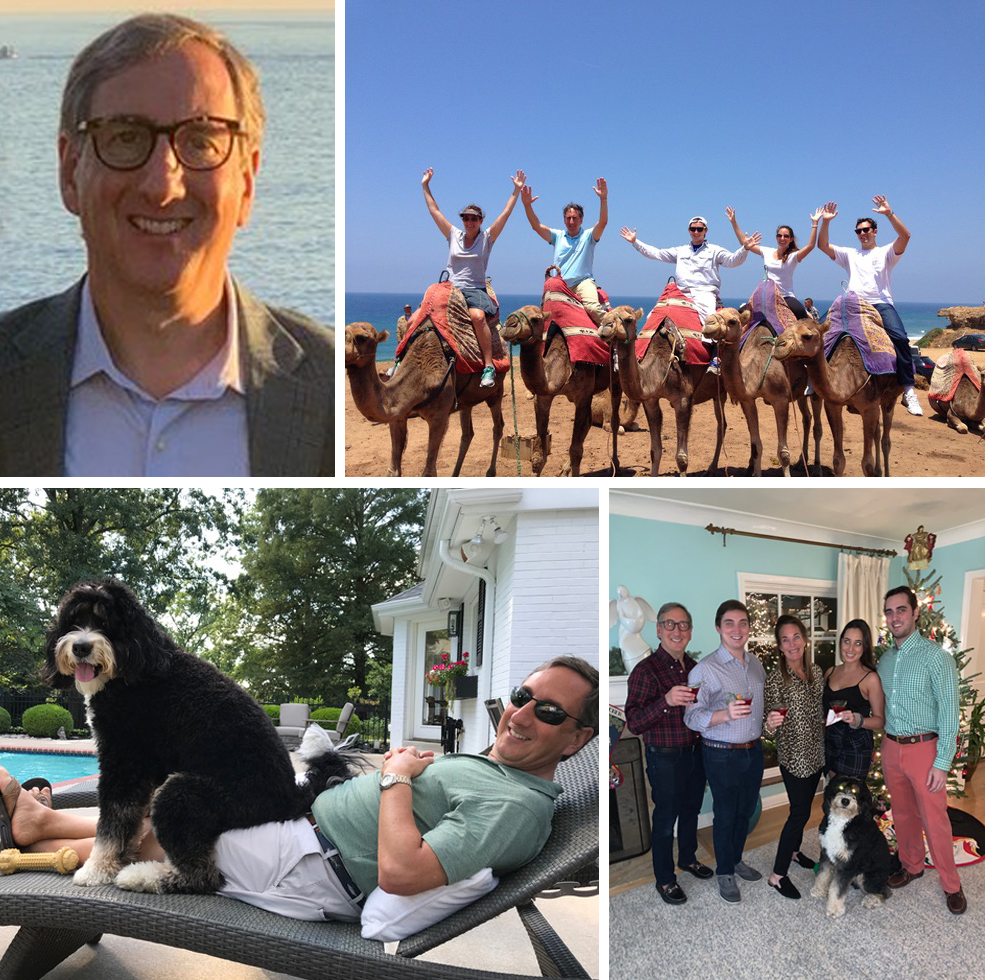